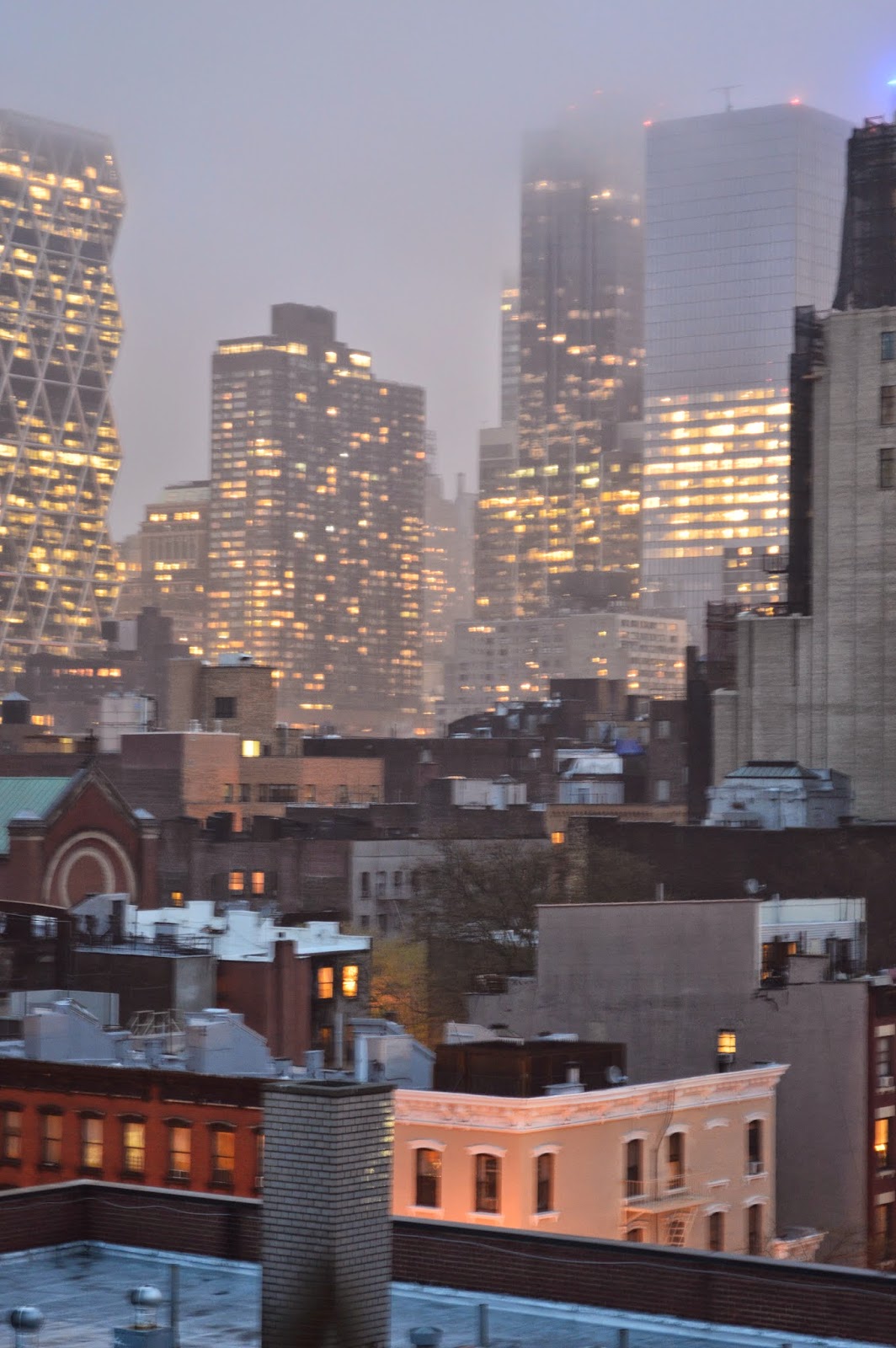 So I must admit that New York City is not my favorite place. When ever anyone asks me about my trip there I am sure I automatically make a face and my one eye twitches. I did have some amazing experiences there that were fantastic but the pendulum also swung back quite quickly to hit me with very unpleasant experiences as well. All in all I think it has made me a better person. My time in New York City taught me some valuable life lessons and I learned many things about myself. Major note to self don't travel to New York City by myself. It's harder to laugh off unpleasant experiences when you are alone.
The above picture is the view from my hotel room, which was leaking and had maggots in the corner, but the view and location was great. I was able to walk everywhere I wanted to go with relative ease.﻿ 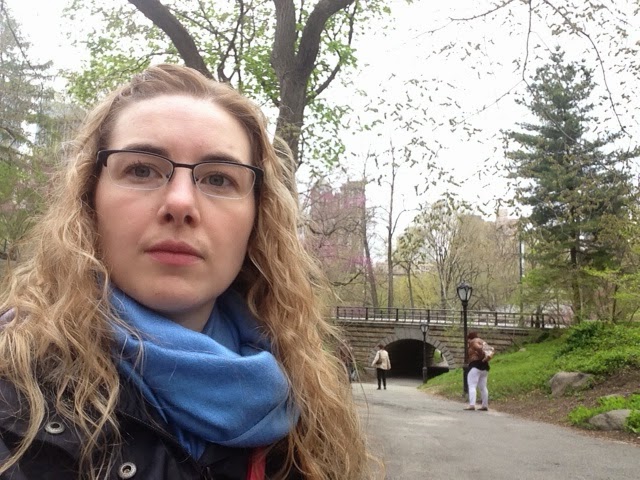 In this picture I am in front  of Friendship Bridge in Central Park on my walk to the Metropolitan Museum (Which was incredible and everyone in the world should be able to teleport there!). When I returned home I noticed that most of the selfies I took in New York City I have a very stern expression. I was a straight faced woman on a mission that focused on working hard in order to get through this leg of my trip. Another lesson is that if I ever go back I will load up on antihistamines because my sinuses and throat closed up due to the pollution and the amount of smokers blowing cigarette and cigar smoke in my face. Where I live there is so much space that smokers are not aloud to smoke within 5 meters of a buildings entrances, which is not possible for the people of New York City. ﻿ 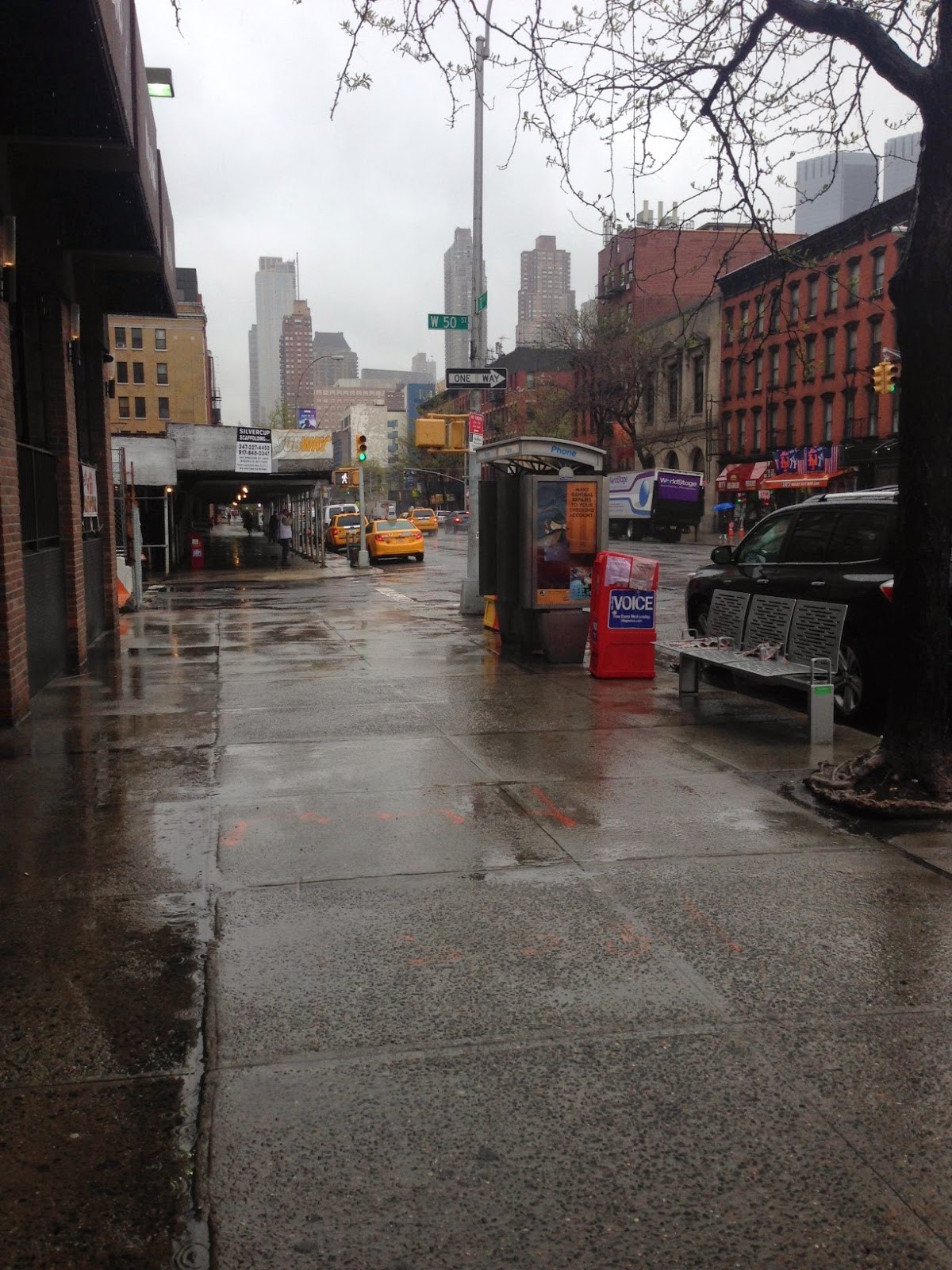 For most of my trip in New York City it was raining. No, not raining, but down pouring. The city was flooding. Every night I grabbed some supper to eat in my hotel room while watching Friends on TV, which is strange to watch a group of people in NYC having fun and enjoying the follies of life while you curse the same monstrous city. One night I was walking back and it had rained so much that the streets all flooded and the water was up past my ankles. On my last day there, it was drizzling in the morning, which was good because I really wanted to go to the private art galleries in Chelsea and Soho, which was the whole point in going to NYC in the first place. So I set off with my umbrella, which I have a new appreciation for, and then by noon it was sunny and sweltering hot in outrageous polluted humidity. My pink shirt was covered in thick white lines from dried sweat and when I saw myself in the mirror at night I looked like a lobster, but I did it. I achieved everything I needed to do in New York City come hell or high water.
On the brighter side I will remember this trip for the rest of my life and I did have some life altering positive experiences there. The art was incredible! Secondly, right before I left, I found out that the Art Students League was having open model sessions for dirt cheap and it was really close to my hotel. I didn't know much about the Art Students League other than it sounded vaguely familiar and looked like an awesome opportunity. At the conference in Washington, it was mentioned several times that many of the successful artists there had attended the Art Students League of New York at some point. When talking about famous artists the Art Students League of NY would pop up again. This confirmed that I definitely had to attend these open sessions. The Art Students League and the art in the galleries will be the only reason I ever go back. I guess the amazing food and ease at which to find a meal is also a yummy bonus. I had the most amazing Chinese food ever! The people there are also very kind, nice, and surprisingly helpful.
Back to my experience at the Art Students League, the following pictures are of the inside of the model sessions studio and one of the drawings I drew there. The building is unbelievably old even for being in New York City. I wish I could have taken a picture of the outside, but it was covered in scaffolding and being maintained, also it was pouring and I didn't want to damage my camera. It was fantastic to be drawing next to so many great artists and creative people from NYC. Many of them were not originally from New York and I would say half of them were there because of the art courses offered at the Art Students League. One day I would like to teach a workshop or session there.
When I got home I looked up the Art Student's League of NY and the list of famous artists that have attended and the list is extraordinary and included O'Keefe, Rockwell, Rauschenberg, and Pollock just to name a few off their list of over 200 renowned artists. No wonder walking through it's well worn doors I felt like I walked into a sacred space.﻿ 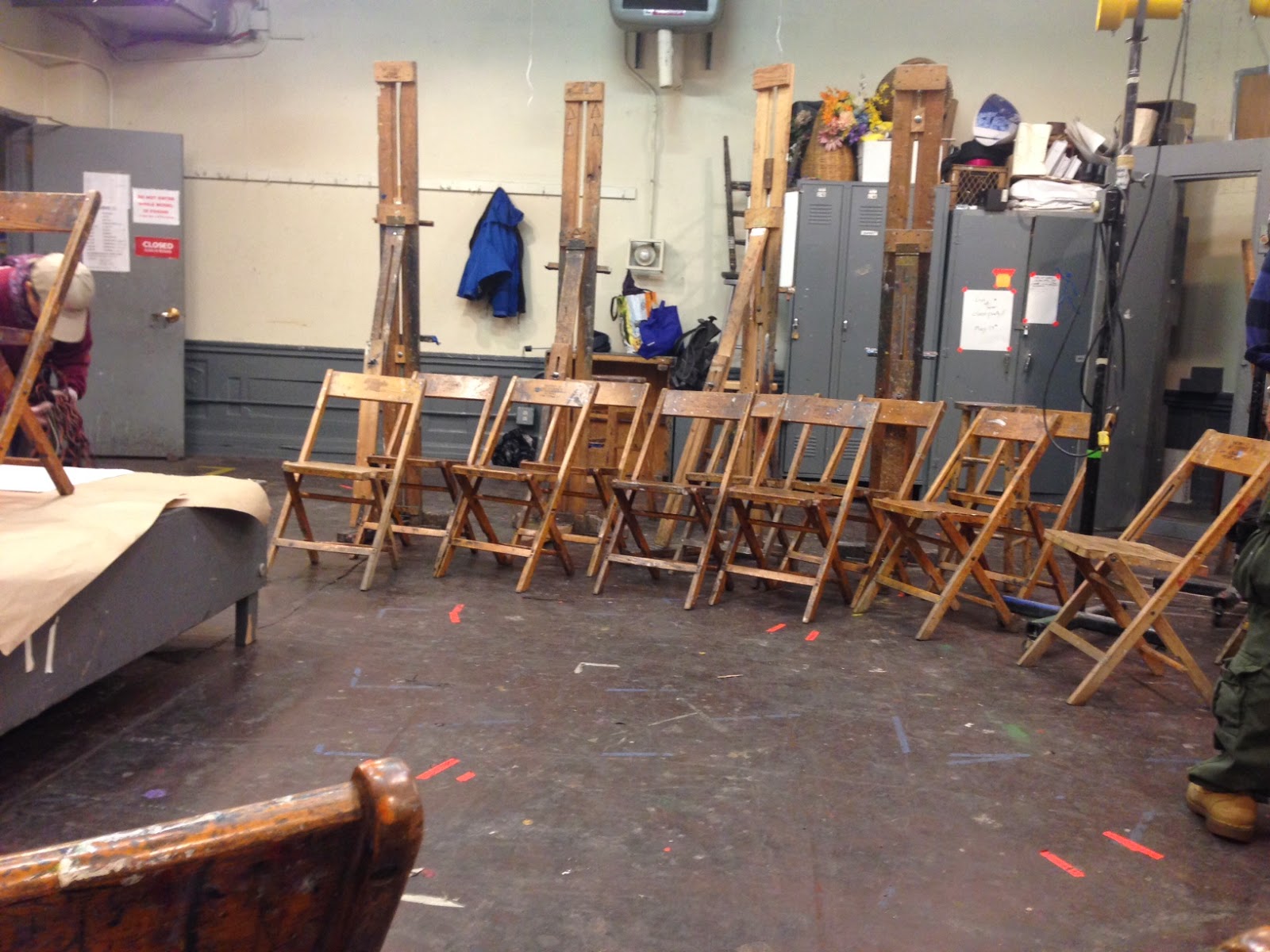 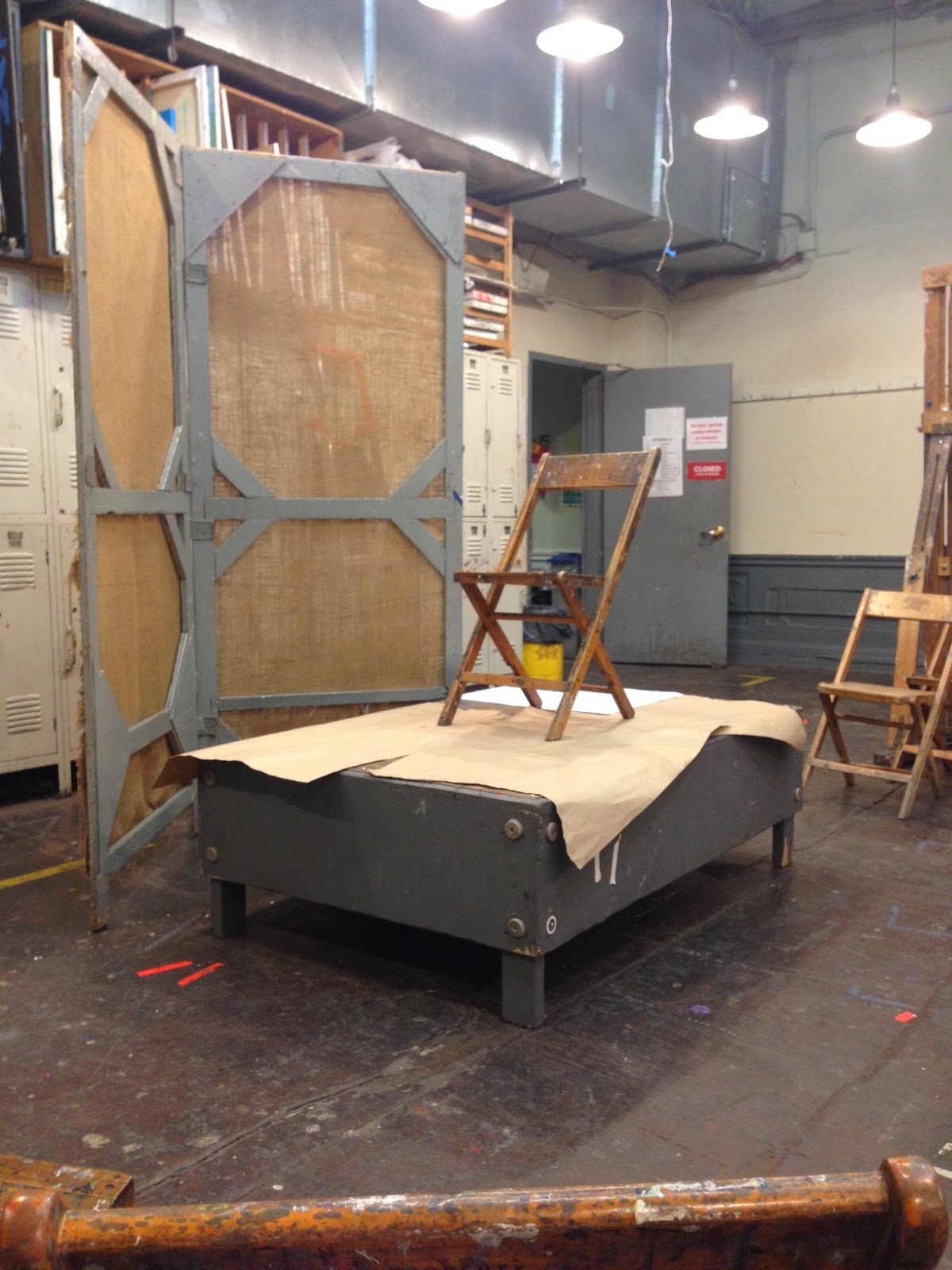 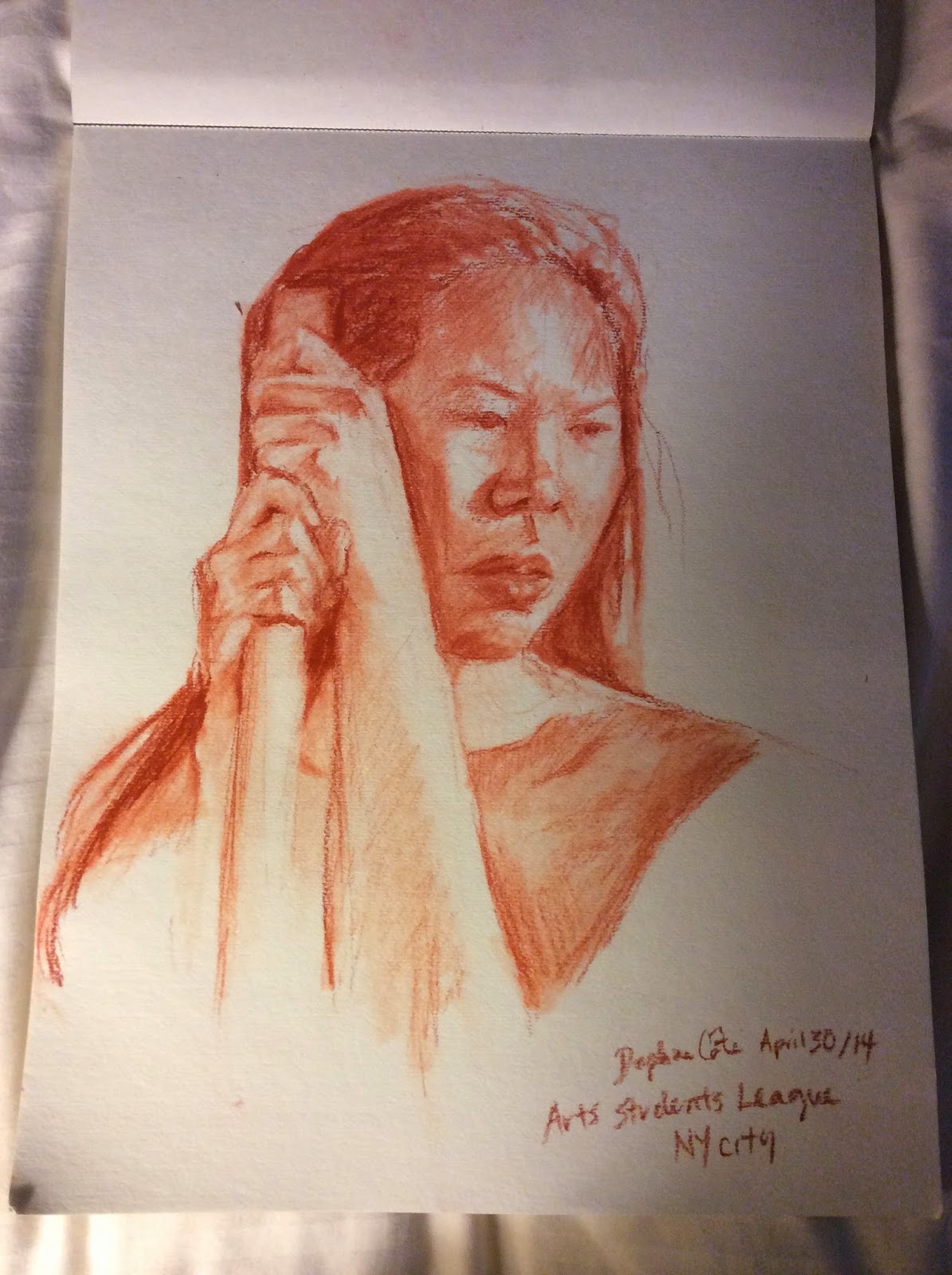 New York City and I had a tough go, but I think we came back stronger because of our meeting. In my next post I will focus on the amazing artwork and galleries I visited over the course of my trip.﻿

Posted by Daphne Cote at 1:23 PM No comments: